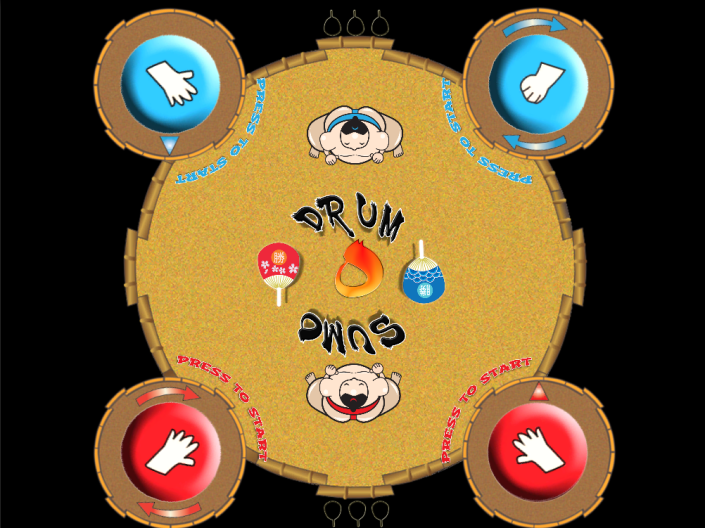 Sum-O-Drums is an sumo wrestling themed, arcade style cooperative-competitive fighting game. Players are split into 2 teams of 2, with 1 player controlling the rotation of the sumo wrestler and an arm while the other player controls the movement and the other arm.

Sumo Drum was on display in the BVW Festival 2013!

What Killed the Butler?
Scroll to top